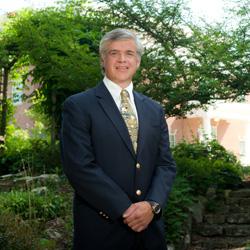 "Denial and concealment of eating disorders occur almost universally. Yet up to 10 million Americans are affected every year, and these disorders represent some of the most difficult psychiatric illnesses to treat," says Theodore E. Welztin, M.D., Medical Director of Eating Disorder Services at Rogers Memorial Hospital. A specialist in the field of eating disorders, Dr. Weltzin assures listeners that much has been learned over the past 25 years, and evidence-based treatments are resulting in successful outcomes for those whose lives are compromised by an eating disorder.

On this program, Dr. Weltzin discusses how eating disorders develop and describes the differences between anorexia, bulimia, binge eating and other anxiety disorders that can also be present. While eating disorders typically affect females, males make up as much as 25 percent of those who suffer from these disorders, and their symptoms can differ.

A national leader in the treatment of eating disorders, Rogers Memorial Hospital, with locations in Oconomowoc, Milwaukee, Madison, Kenosha and Brown Deer, has separate treatment programs for male and female mature and young adults, adolescents and children.