HOW TO BECOME A HIGH-PERFORMING PERSON 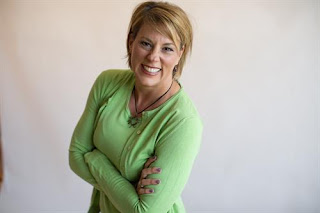 Are you wanting to "kick your life up a notch" - go from “good to great?” Are you really living the life you want, following your passion and fulfilling your potential?  Or, are you unsettled with your life, your job, and not sure how to set a new course for yourself or maximize the opportunities you currently have?

On this program, Darcy Luoma shares tips on how individuals, teams, and relationships can be more effective in defining what they want out of life, creating goals, and breaking down the process of achieving them into concrete steps.
by Carol Koby at 7:05 AM 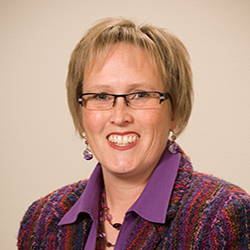 
Are you looking for a job or considering changing jobs?  Then put aside that resume you are working on and listen to this conversation with April McHugh to find out what the smartest and most effective ways are to find that next job.  Experts guesstimate that 80% of all job vacancies are never listed.  Employers have their own systems they follow to fill vacancies.

On this program, April McHugh discusses how employers connect with job-seekers which is opposite to how job-seekers typically look for jobs.  You’ll hear what works when looking for a job, and why an employer will hire you over someone else.
by Carol Koby at 1:38 PM

Don’t feel alone.  80% of adults report lower back pain at some point in their lives, and 10-15% of all sports-related injuries involve the spine.  Low back pain accounts for more lost person hours than any other type of occupational injury and is the most frequent cause of activity limitation in those under age 45.  So, what can you do about it?  What are the different options available to you?  Medical procedures, surgery, medications, supplements, exercise, stress relief?  What would work for you?

On this program, you'll hear a comprehensive conversation on maintaining spinal health and the options available to you with Dr. James Leonard, UW-Madison Spine Clinic.
by Carol Koby at 11:10 AM

WHEN YOUR SPOUSE HAS ALZHEIMER'S: REAL LIFE STORIES


Moira and Jack did not know each other; however, they share a common bond.  Each is living with a spouse who has Alzheimer’s, and each reached out to the Alzheimer’s & Dementia Alliance of Wisconsin for help.  “I couldn’t do it alone anymore,” said Jack.  With the help of the Alliance, Moira is managing to juggle three lives - professional woman, wife of a husband with Alzheimer’s, and mother to their active 11-year-old son.

On this program, Jack, Moira, and 11-year-old Henry share their stories. They are joined by Pat Wilson and Ingrid Kundinger who describe the support they have provided to them and other individuals and families impacted by Alzheimer's through the Alzheimer’s & Dementia Alliance of Wisconsin.

Then - hear more stories of hope and support at the ADAW’s spring fundraising event, AN EVENING TO REMEMBER, Friday, April 1, at The Edgewater.  Celebrating the positive impact of art on those with cognitive changes, the Reception and Silent Auction begin at 5:30 with dinner and program to follow.  For more information and to purchase tickets, go to alzwisc.org.
by Carol Koby at 11:02 AM

THE ART OF CHOOSING PERSON-CENTERED CARE 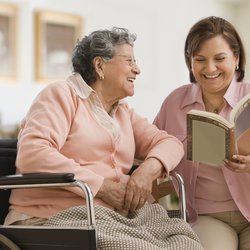 
As the aging population grows, increasing attention is given to what people need to help them maintain their independence while assuring they are safe, cared for, and able to maximize their health and well-being.  When is it time to bring in assistance in the home?  And what are the signs that home care is just not enough, and it’s time to move to assisted living?

Wendy Sulzer and Bonnie Banker face these questions every day from seniors themselves and family members concerned about the well-being of their loved ones.  On this program, Wendy and Bonnie walk us through the art of making the right care choices.

For more information, go to brightstarseniorcareofmadison.com.
by Carol Koby at 8:13 AM