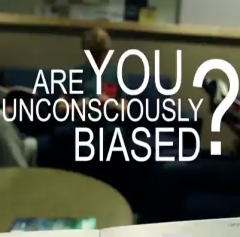 “…many of our anti-discrimination policies focus on finding the bad apples who are explicitly prejudiced. In fact, the serious discrimination is implicit, subtle and nearly universal,” says New York Times columnist David Brooks. The stark disparities that separate the black and white communities in Dane County were well documented in the 2013 Race to Equity Report.

On this program, Angela Russell and Colleen Butler describe how unconscious bias presents itself, the differences between inequality and inequity, the layers of racism, and what we can do to change the pattern.

In preparation for the program, why not test your unconscious bias?  Take Harvard University’s Implicit Bias Assessment - https://implicit.harvard.edu/implicit/
by Carol Koby at 10:50 AM