A STORY OF LOVE, LOSS, LIFE 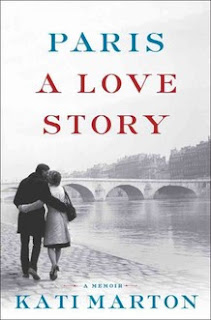 An award-winning former NPR and ABC News correspondent in her own right and author of eight books, Kati Marton reflects on her high-profile marriages, her life on the world scene, and the pain she experienced in her divorce from Jennings and later in the death of Holbrooke. It was in Paris that the happiest moments of her life occurred, and it is here that she returned to heal and to begin anew.
by Carol Koby at 5:11 PM