Dental disease is the most common infectious disease in the world. It is also transmissible from one person to another. The good news is that dental disease can be prevented or controlled in just about every person.

On this program, Dr. Russell Grimm describes the two main kids of dental disease: tooth decay and periodontal or gum disease which are caused by two different groups of bacteria. He covers the steps necessary to maintain good oral health in children - a more vulnerable period to develop dental disease, the power of fluoride, the effects of medication, the impact of our immune system, and the role of dental health in our overall physical condition.  Plus, advanced procedures and new technologies are helping make healthy mouths and beautiful smiles more easily achievable.

Associated Dentists has served the Madison-area community for over 50 years and will be moving their offices to new facilities on the corner of Whitney Way and University Avenue in Madison this September.
by Carol Koby at 5:00 PM

LIVE UNTIL YOU DIE: QUALITY CARE THROUGH THE END OF LIFE

On this program, Lynne Myers discusses Agrace HospiceCare's growing dedication to providing comprehensive, compassionate care to people and their families at any stage of serious illness. She describes the difference between palliative care and hospice care and how people can maintain control of their quality of life, the care they wish to receive, their pain and symptom management and the opportunity to move into hospice care if and when their illness warrants it.

Lynne also highlights the role of Hospice within the Affordable Care Act and the importance of having Advance Directives in place to make sure your wishes are honored.

Agrace HospiceCare is celebrating it's 35th anniversary this year as a community nonprofit hospice facility and recently expanded services into Sauk, Columbia and Iowa counties to meet the needs of the underserved.

AT THE HEART OF YOUR HEALTH

On this program, Dr. Annie Kelly introduces us to the new same day access to cardiology clinic at UW Health and the advanced hypertension clinic, a multidisciplinary clinic that brings multiple subspecialists - cardiology, nephrology, endocrine, and vascular surgery - to the patient.

Heart disease is still the number one killer of women and men, but the delivery of care is changing to be more patient-centered and encouraging more patient involvement.  Many heart conditions can be managed successfully by following a Mediterranean-style diet, exercising at least 150 minutes a week and reducing stress through such methods as mindfulness meditation.  These lifestyle behaviors may reduce the need for many medications.

Dr. Kelly recommends the smartphone app, myfitnesspal.com, to help patients to keep track of what they are eating and learn how to mindfully eat.
by Carol Koby at 11:48 PM

MEET THE NEW DIRECTOR OF THE MADISON CHILDREN'S MUSEUM 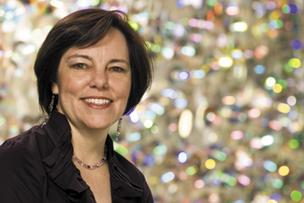 After 30 years as a museum executive in Boston and Phoenix, Deborah Gilpin has returned home to Wisconsin.  The new Executive Director of the Madison Children's Museum was born and raised in McFarland and graduated from UW-Madison.  While in Phoenix, she helped create and launch the children's museum.  Parents Magazine named it one of America's top ten children's museums (an honor also held by the Madison Children's Museum.  She also served on the Phoenix Mayor's Creative Sector Task Force.

On this program, Deborah shares the important role the Madison Children's Museum plays in the development of young people's curiosity, creativity and joy of learning.   She also describes the latest exhibits - the Urb Garden and the Oscillaser which shows off wave patterns produced by sound frequencies and volumes. Visitors are invited to try it out!

WHAT WE NEED TO KNOW ABOUT OSTEOPOROSIS 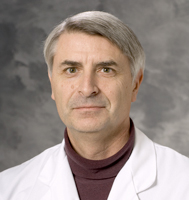 Osteoporosis is a disease which refers to bones that have become weaker and can lead to fractures, particularly in later years.  On this program, Dr. Neil Binkley, a founder of the UW Osteoporosis Clinical Center and the Osteoporosis Clinical Research Program highlights what we know about osteoporosis, and what we can do to prevent and treat it.  Did you know that approximately 70% of a person's peak bone mass is due to inheritance?
Osteoporosis prevention begins in our youth which makes this an important program for all ages.
More information about osteoporosis can be found at www.iof.org, or www.nof.org.
by Carol Koby at 6:58 PM